I’m SO excited about todays post!  I’ve been dying to share it with you guys.  I’m swooning over this new little corner in my house. Drew Barrymore’s Flower Home Line at Walmart is amazing.  As soon as I saw this pink tufted chaise lounge, I knew I had to have it.  It’s available in three colors but this Parisian Pink is my favorite.  It’s the perfect little addition to my home. 🙂 I haven’t done much to our home since we will be moving again shortly however I wanted to update the living room and give it some life.  I was looking to create something comfortable yet stylish space that wouldn’t cost me an arm and a leg. 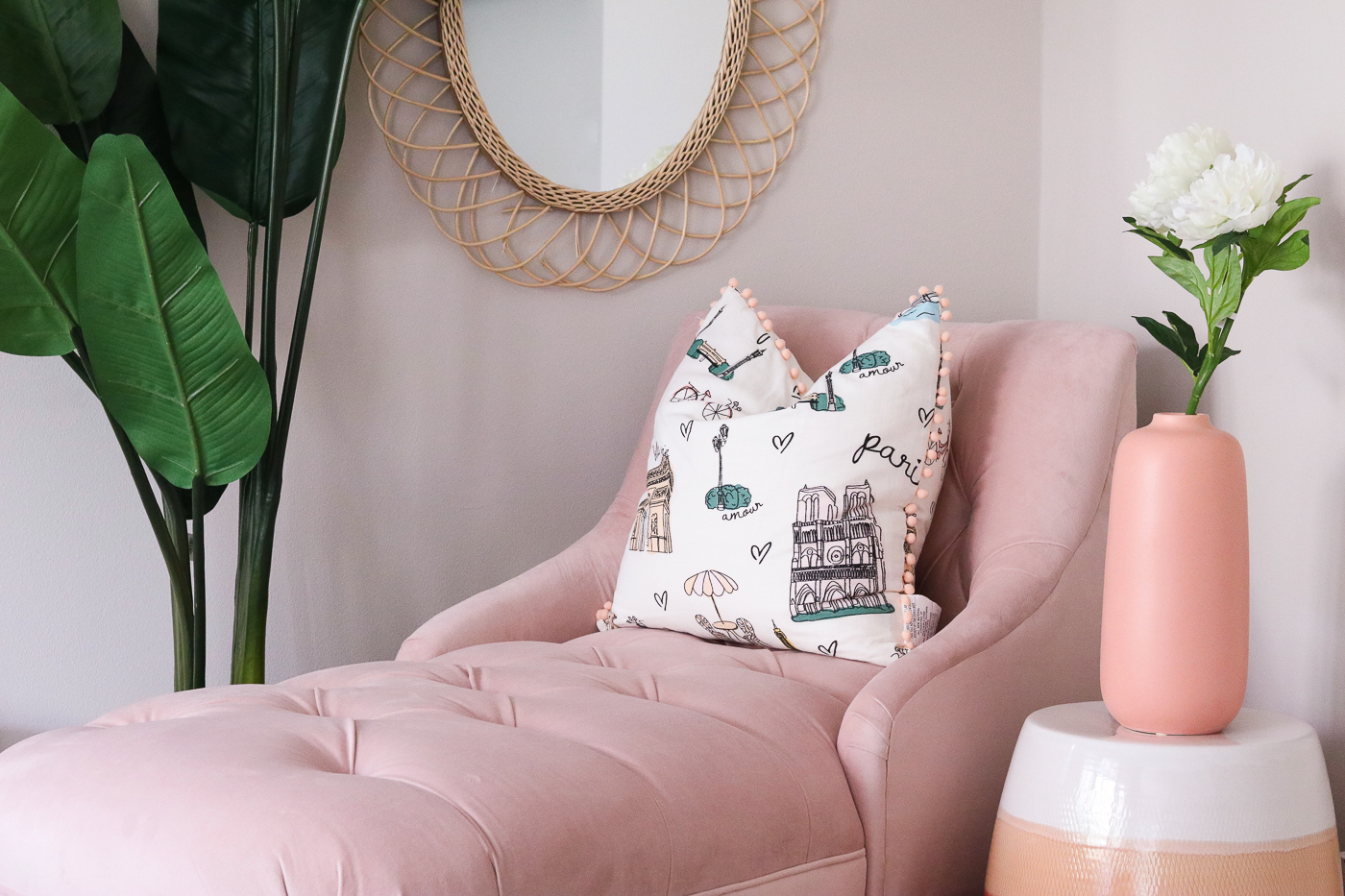 I’ve been so impressed with Walmart.com lately!  You can find beautiful home furnishings and decor finds and honestly no one will believe you got it at Walmart.  There’s something to fit every budget. This little corner is now my new favorite space.  It’s great for winding down after a long day and reading my favorite book. I’m a huge fan of Drew Barrymore so when I heard she was coming out with this Flower Home Line, I was ecstatic!  So many pretty pieces.  I’m also loving this blush sofa and would be a great addition to my home office.

Did you know that you get free shipping on orders over $35 on Walmart.com and you do NOT need a membership?  You know I’m a sucker for free shipping.